Metin Bobaroğlu was born in Trabzon in 1951. He graduated from the Faculty of Pharmacy of Istanbul University. Bobaroğlu is a founding member of the Anatolian Enlightenment Foundation. He served as the Chairman of the foundation from 1996 to 2001. In addition to the lectures he has been giving from 1974 onwards, Bobaroğlu speaks at public philosophy conferences held by the Anatolian Enlightenment Foundation at various cultural centers.

The journal Us Düşün ve Ötesi (Reason, Thought, and Beyond), based on these conferences, was published under his leadership. Aydınlanma Sorunu ve Değerler (The Problem of Enlightenment and Values), which brought together his works published in the journal, and Bâtınî Gelenek: Hermetik ve Sanskrit Öğretiler (The Esoteric Tradition: Hermetic and Sanskrit Teachings), based on transcripts of the lectures he gave at Kadıköy Center for Culture and Arts, were published in 2002.

From 1997 to 2002, Bobaroğlu gave seminars titled “Symbol-Art-Philosophy” at Marmara University’s Faculty of Fine Arts, in which he discussed various concepts. In 2004 and 2005, he gave a series of seminars titled “Ancient Wisdom: Gnostic Teachings and Tasawwuf (Sufism)” and “Scientific Thinking and Mysticism” at Bilgi University, respectively.

From 1999 to 2002, Bobaroğlu produced and hosted radio programmes for various radio networks titled “Dinle Ney’den” (Listen to the Ney), “Bir Dilde Bin Kelâm” (A Thousand Words, One Language) and “Kuş Dili” (Bird Language). In 2009, “Ashura”, a TV programme composed of his 20 weekly conversations, was broadcast by a television network.

Simgesel Düşünme (Symbolic Thinking), which consists of a selection of articles, lectures, and interviews by Bobaroğlu, was published by the Anatolian Enlightenment Foundation Press in 2012, and a revised and extended second edition of Aydınlanma Sorunu ve Değerler was published in 2014.

From 2016 to 2020, Bobaroğlu was one of the speakers of the culture, art, and life festival “Love 360”, held annually in February in Istanbul. From 2017 to 2020, he also had a talk segment called “Tasawwuf (Sufism) and Jazz” in the radio show “Jazz, Müzik ve Kadın” (Jazz, Music and Women) broadcast on Radyo Cazkolik. 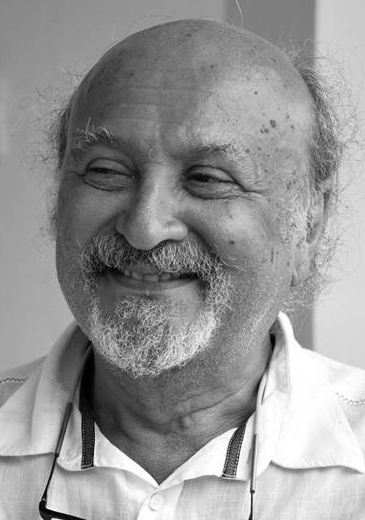